Most mornings you’ll find Leigh-Kathryn Bonner on a rooftop tending to a beehive in her pink beekeeping gloves. In the afternoon, she’s in the conference rooms of Fortune 500 companies meeting with CEOs. This 25-year-old’s mission: convince companies with massive headquarters to host a few beehives–and, in the process, help rebuild the bee population.

The bee population has been declining in the past few decades–700 bee species are heading toward extinction–due to changes in agricultural processes, habitat loss, and pesticides. This could have huge consequences on food production and environmental stability. The tiny, fuzzy insects contribute nearly $20 billion to the U.S. crops production, according to the American Bee Federation.

Bonner wants to do her part to help reverse the trend, so she started Durham, North Carolina-based Bee Downtown in 2014. Bee Downtown installs honey bee hives on the grounds of corporate headquarters, which are often located in urban areas with just the kind of varied flora that bees need to thrive. Burt’s Bees, Delta, Chick-fil-A, Intercontinental Exchange, and IBM are among the companies that have signed up to host hives.

Companies get to be beekeepers–without having to do the actual work of maintaining hives or collecting the honey. Plus, they get to offer employees a corporate perk with a social impact. Bee Downtown suits up employees to interact with the bees–finding the queen bee or calculating the weight of the honey, for example–so they can understand the importance of sustainability and agriculture.

“If we get people excited for agriculture and learning where food comes from, we could really start to change agricultural processes, and make a really big impact in the world,” she says.

A career in beekeeping

Bonner is a fourth-generation beekeeper whose family has a home in Raleigh, North Carolina, and a farm about an hour away from the city. She wasn’t sure she wanted a career in bees until she studied abroad in college and saw that the insect’s decline was even making it into foreign newspapers. She realized it was a problem she wanted to help solve.

Bonner put together a pitch to place a beehive on top of a building at American Tobacco Campus, a mix-used urban development area with various local businesses in Durham. The owner agreed and also introduced her to Burt’s Bees, which would be the first major national company to place a beehive at the front door of its headquarters, which also is in Durham.

Bonner ran the operation part time while finishing school. Then, in May 2015, she declined a job offer she had lined up for after graduation and decided to pursue Bee Downtown full time. She successfully convinced her parents to give her $15,000. In return, she had one year to become profitable–or she had to go get that job she turned down.

In the beginning, many of the companies Bonner approached didn’t entirely understand what she was proposing. They liked the story of how it got started but they confused it with a nonprofit and thought she was offering to install hives for free. Some called her business “cute.” One potential investor walked out of the pitch meeting because he refused take the idea seriously.

As a result, Bonner sharpened her pitch. Instead of starting with a plea to help save the bees, she starts with what’s in it for customers: Bee Downtown is a simple and fun way for corporations to get their employees involved in a sustainability initiative. Employees love it because they get to learn about beekeeping and biomimicry, which is learning how to solve problems by imitating how nature solves them. Plus, they get free honey to take home.

Companies love it because they get detailed stats on the local environmental impact they’re making. A single honey bee hive can have over 27 million pollination events each day, Bonner says. According to her, there are almost 56 connected miles of pollinator habitats in the Raleigh-Durham area, thanks in part to these corporations doing their small part. The impact, however, spreads far beyond the pollination of flowers and plants. Bonner says that 83 percent of employees say the hives make them more proud to work for their company, and over 95 percent say it was the favorite employee engagement activity of the year.

Marty Flanagan, CEO of the Atlanta-based investment management company Invesco, says he was impressed with both Bonner’s passion and her mission, but he also recognized the practical benefits of getting involved. “Like all companies, our employees really want to do more than just work at a job, and part of the purpose is to get engaged in the community,” he says. Invesco will be sponsoring two beehives at a park near its headquarters.

Within her first year of running Bee Downtown full time, Bonner sold over 50 hives, enabling her to make a living wage and hire a beekeeper. To date, the company has sold 120 hives in North Carolina. Three-year hive contracts start in the five figures. The startup has four employees and revenue in 2017 hit $350,000. Bonner estimates revenue will reach $1 million in 2018.

Bonner says that one of the most frequent questions she’s asked is, can the company scale? She admits that beekeeping isn’t exactly a fast-growth business. “We’re not just creating an app and blasting it out…. It’s manual labor, it’s a lot of hard work,” she says.

She raised $75,000 from Engage Venture Fund in August 2018 to use that money to expand into Atlanta, where Bee Downtown maintains 35 to 40 hives. Bonner is also working on new revenue streams. Employees have reported that they love getting away from their desks and hanging out with the bees, but the hour-long trainings often feel too short. So the founder is planning to expand them into half-day or full-day seminars for an additional price.

“These companies can help change policy and can help us start to have a conversation around how we value agriculture,” she says. “It just takes a little seed of inspiration to turn into something that you look back on in 30 years and say that I was part of that.” 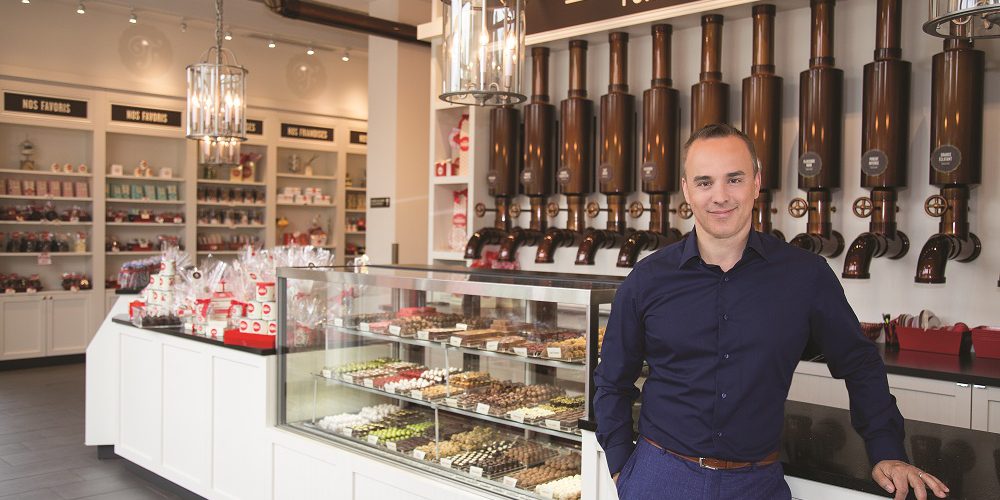