Now a holiday tradition, Julie Taymor’s beloved production of Mozart’s enchanting fairy tale returns in its abridged, English-language version for families. Soprano Erin Morley, last seen at the Met as a brilliant Olympia in Les Contes d’Hoffmann, is the empowered Pamina, and tenor Ben Bliss is the valiant Tamino. Baritone Nathan Gunn is the comic birdcatcher Papageno, and soprano Kathryn Lewek reprises her hair-raising rendition of the malevolent Queen of the Night. Harry Bicket conducts.

On Saturday, December 29, all ticket holders for the 1 PM matinee of The Magic Flute are invited to a free pre-performance open house beginning at 11 AM. Met artists and craftspeople lead a variety of hands-on activities and demonstrations for the whole family.

The Magic Flute, German Die Zauberflöte, singspiel in two acts by Wolfgang Amadeus Mozart, with a German libretto by Austrian actor and theatrical producer Emanuel Schikaneder. The opera, Mozart’s last, premiered at the rustic Theater auf der Wieden near Vienna on September 30, 1791, not long before Mozart’s death on December 5.

Freely between earthy comedy and noble mysticism, The Magic Flute was written with the clear  intention of appealing to audiences from all walks of life. The story is told in a singspiel (“song-play”) format characterized by separate musical numbers connected by dialogue and stage activity, an excellent structure for navigating the diverse moods, ranging from solemn to lighthearted, of the story and score.

The Magic Flute was created with an eye toward a popular audience, but the varied tone of the work requires singers who can specialize in several different musical genres. The baritone Papageno represents the comic and earthy, the tenor Tamino and the soprano Pamina display true love in its noblest forms, the bass Sarastro expresses the solemn and the transcendental, and the Queen of the Night provides explosive vocal fireworks.

On one level, The Magic Flute is a simple fairy tale about a maiden in distress and the handsome prince who rescues her. Beneath the surface, however, the piece is much more complex. It is an allegory of the quest for wisdom and enlightenment. We see many mysterious symbols, one of them is the number three: among the cast are three boys, three ladies, and three slaves, and musical passages feature three chords (as those that begin the overture) or three stanzas, among other instances.

The music of The Magic Flute closely underscores the drama. Mozart used varied musical styles to depict his characters. Folksy birdcatcher Papageno—a role first played by Schikaneder himself—and his late-appearing sweetheart Papagena (the names derive from the German word for “parrot”) are given unpretentious, folk-like melodies. By contrast, the deceptive Queen of the Night is portrayed as an Italianate coloratura indulging in both vocal and emotional histrionics. (The role, written for Mozart’s sister-in-law Josepha Hofer, is famed in opera circles as the highest and perhaps most difficult ever composed, with its light, fast coloratura singing and large intervals between consecutive pitches.) For the young lovers Tamino and Pamina, Mozart composed music that is sweetly romantic yet also harmonically progressive, using at times an unusually chromatic vocal line. Using music to reinforce personality allowed Mozart to create characters that continue to move modern audiences.

Like Mozart’s few other German-language operas—including Die Entführung aus dem Serail, The Abduction from the Seraglio—The Magic Flute is a singspiel, a form that includes spoken dialogue between the musical numbers. Works combining spoken words and sung text in local languages—German, French, and English—were fairly common, and these more-accessible works had periods of great local popularity. The Magic Flute, which was successful from the beginning, continues to make frequent appearances on the world’s opera stages.

Scene 1. Prince Tamino, lost in a wild forest, is being pursued by a giant serpent. He collapses. The Three Ladies, who serve the Queen of the Night, appear and kill the monster. They find the unconscious Tamino attractive, and they argue about who will guard him while the others report to the Queen of the Night. Unable to decide, they all leave. Papageno the birdcatcher enters, singing of the joys of his profession and his desire for a wife. Tamino recovers consciousness, and Papageno claims to have strangled the serpent himself. The Three Ladies reappear and padlock his mouth for lying. They show Tamino a portrait of Pamina; he falls in love at first sight. The Queen arrives. She tells Tamino that Pamina is her daughter, who has been captured by the evil Sarastro. She persuades Tamino to rescue Pamina, promising him Pamina’s hand if he succeeds. The Three Ladies give Tamino a magic flute and Papageno a set of magic bells to protect them on their journey. The Three Spirits will guide them to Sarastro’s temple.

Scene 2. In Sarastro’s palace, his slave Monostatos is trying to molest Pamina when Papageno appears. Monostatos and Papageno are terrified by each other and flee. But Papageno returns and reassures Pamina that her mother has sent Tamino to help her. She is overjoyed to learn that Tamino loves her, and she sympathizes with Papageno’s longing for a wife. They leave together.

Scene 3. The Three Spirits lead Tamino to Sarastro’s temple grove. Tamino is at first rebuffed as he seeks to enter the temples of Reason and Nature, but the speaker of the temple of Wisdom reveals to him that Sarastro is good, not evil. Having learned that Pamina is alive, Tamino plays his magic flute to summon Pamina and Papageno; its sounds tame the animals. Papageno answers with his pipes, and Tamino rushes off to find them.

Scene 4. Papageno and Pamina are making their way toward Tamino when they are captured by Monostatos and his fellow slaves. Papageno uses his magic bells to enchant his enemies, making them dance away. Sarastro and his entourage approach. Pamina reassures Papageno and tells him that they must tell Sarastro the truth. She confesses to Sarastro that she tried to escape because of Monostatos’s attentions. Sarastro is kind, but he says he cannot grant her freedom, because she needs a man’s guidance. Monostatos now enters with Tamino as his prisoner. Tamino and Pamina see each other for the first time and rush into each other’s arms, to the astonishment of Sarastro’s followers. Monostatos seeks a reward, but instead Sarastro punishes him for lusting after Pamina. Sarastro leads Tamino and Papageno to the temple.

Scene 2. A priest warns Tamino that this is his last chance to turn back, but Tamino is determined to proceed. Papageno is not interested in trials; all he wants is food, wine, and a wife. The priest replies that he will get a wife only if he undergoes the trials. In the first trial, Tamino and Papageno must not speak to anyone. The Three Ladies arrive and try to get them to speak. Papageno cannot resist answering, but Tamino remains steadfast. The priests praise Tamino but scold Papageno, who does not understand why he has to undergo these trials if Sarastro has already found a wife for him.

Scene 3. Monostatos approaches the sleeping Pamina and is about to kiss her when the Queen of the Night, who had arrived unseen earlier, frightens him away. Seeking power that can be hers only if Sarastro dies, the Queen awakens Pamina and gives her a dagger, ordering her to kill Sarastro. After the Queen leaves, Monostatos tries to blackmail Pamina by threatening to reveal the murder plot, but Sarastro drives him off and reassures Pamina.

Scene 4. Tamino and Papageno are undergoing a second trial of silence. An old woman enters, carrying water. She says that she is 18 years and 2 minutes old. Papageno at first believes she means 80, but the old woman insists she is 18. Papageno inquires if she has a sweetheart. She replies that she does, and that his name is Papageno. She then disappears. Pamina enters and tries to talk to Tamino, but he refuses to answer. She leaves in despair.

Scene 5. In the council room, the priests celebrate Tamino’s success. Sarastro separates Pamina and Tamino for their final trial.

Scene 6. Papageno, still longing for a wife, plays his magic bells. The old woman reappears and demands that he promise to marry her, or else he will be alone forever. Papageno reluctantly agrees. She is immediately transformed into a pretty girl: Papagena. As Papageno runs to embrace her, the priests frighten her away.

Scene 7. The Three Spirits come upon Pamina in a courtyard. She is trying to kill herself with her mother’s dagger because she thinks Tamino has abandoned her. They promise that she will see him soon.

Scene 8. Two armoured men lead Tamino to his next trials, at mountains gushing fire and water. They recite the credo of Isis that he who overcomes fear will achieve enlightenment. Tamino is reunited with Pamina. They exchange loving words and enter the trials together. They are unharmed by the water and fire, thanks to the magic flute’s protection. The priests laud their success.

Scene 9. In a garden on the temple grounds, Papageno has given up hope of ever finding Papagena again, so he tries to hang himself. But the Three Spirits remind him of the magic bells. He plays them, and Papagena appears. The happy pair celebrate their union.

Scene 10. Meanwhile, Monostatos, the Queen, and the Three Ladies attempt to destroy the temple, but they are vanquished and cast into eternal darkness. All ends happily when Sarastro unites Tamino and Pamina in marriage. Sarastro’s followers praise the couple and give thanks to the gods 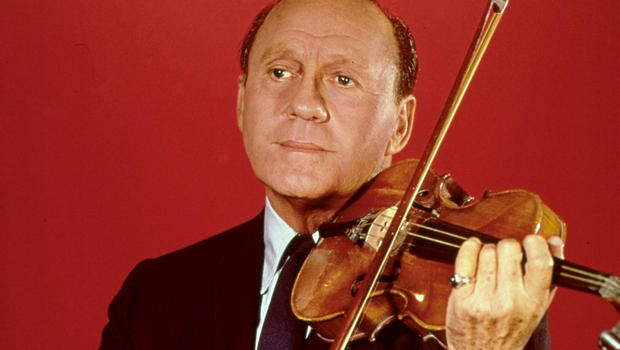 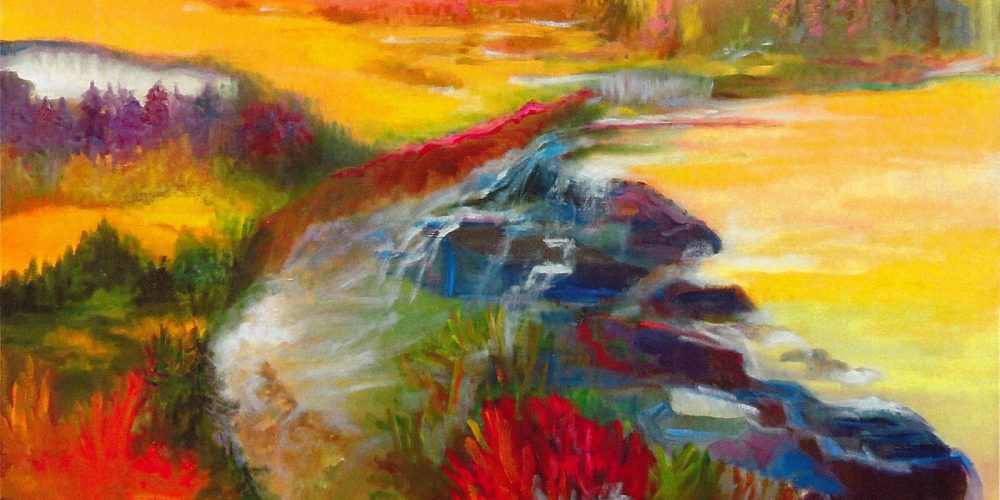