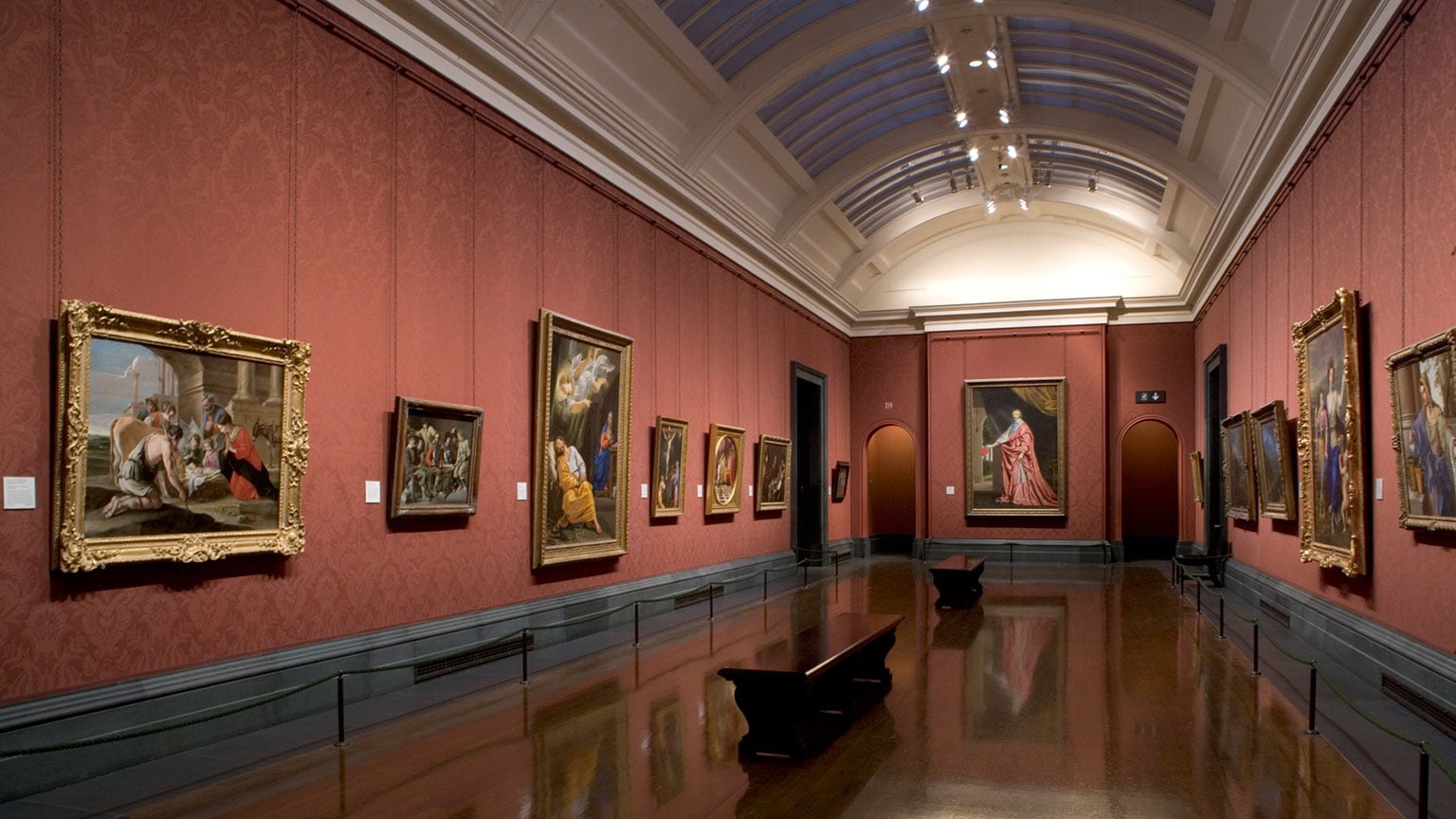 Housing more than 2,300 works, most of which are on permanent view, the National Gallery is one of the greatest assemblies of Western European art in the world.

With paintings dating from the 13th to the 20th centuries, all the major genres, styles and movements are represented.

Founded in 1824, the nucleus of the National Gallery’s holdings was not a royal collection, as in the case of the Louvre or the Prado, but the British government’s acquisition of 38 paintings from the estate of the wealthy financier John Julius Angerstein.

Virgin and Child by Lazzaro Bastiani

Madonna and Child against a background showing the lagoons and the Venetian coast.

It needed to raise the total cost of this painting in less than a month. The painting has been commissioned by Henry VIII, who considered making the 16 year old Duchess his fourth wife. The work was placed on loan to The National Gallery in 1880 where it remained on public view for nearly 30 years. When the Duke of Norfolk announced his intention to sell, American and German investors were keen to buy it. The painting was saved at the eleventh hour by a private donation of £40,000 through the Art Fund, offered by an anonymous English woman on condition that her name was never revealed.

Beach at Trouville by Eugene Boudin

Boudin was very important in the formation of Monet’s style.

It was he who introduced Monet to the then revolutionary doctrine that the effects of changing light and colour could best be achieved by painting a whole picture, rather than just the sketch, in the open air. Boudin taught Monet that ‘everything that is painted directly on the spot always has a force, a power, a vivacity of touch that cannot be recreated in a studio’. Monet was later to pay glowing tribute to Boudin: If I have become a painter, it is entirely due to Eugene Boudin’. The donor T. W. Bacon was a collector for nearly 50 years, buying his first paintings in 1887. He was a close friend of Sir Charles Holmes, director of the National Gallery from 1916 to 1928, who with his wife was a frequent visitor to Bacon’s Essex home, Ramsden Hall.

Stormy Landscape with ruins on a plain by Georges Michel.

One of two paintings donated to the National Gallery by T W Bacon in 1910.

The Virgin and Child with St Anne and St John the Baptist,Leonardo’s famous cartoon.It is a full-size drawing for an altarpiece that was never realised. It was presented by the Art Fund in 1962 after a massive public fundraising campaign.