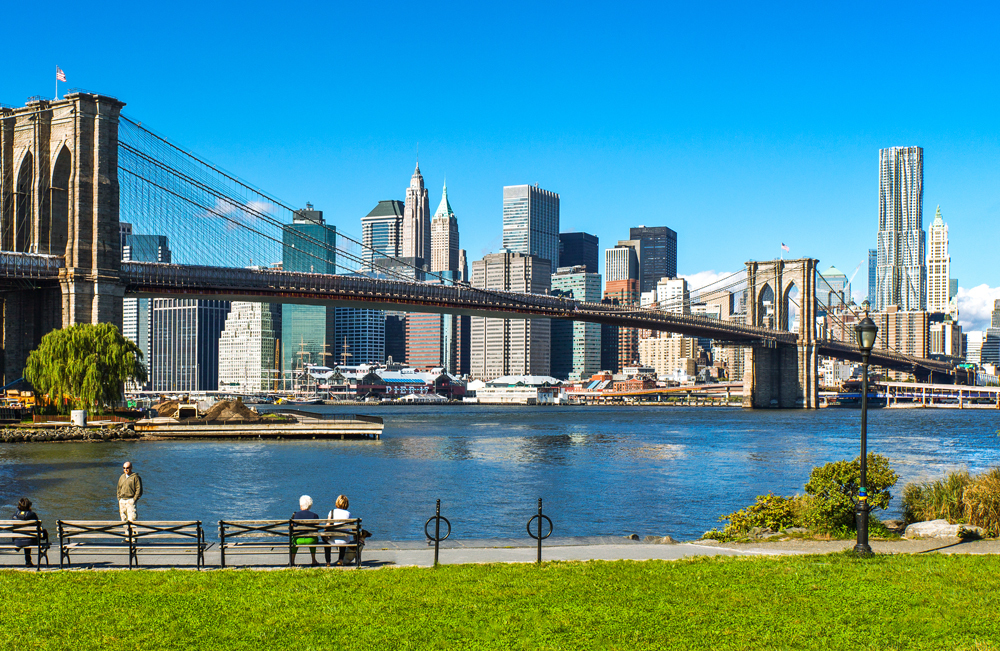 The Brooklyn Bridge looms majestically over New York City’s East River, linking the two boroughs of Manhattan and Brooklyn. Since 1883, its granite towers and steel cables have offered a safe and scenic passage to millions of commuters and tourists, trains and bicycles, pushcarts and cars. The bridge’s construction took 14 years, involved 600 workers and cost $15 million (more than $320 million in today’s dollars).Now more than 125 years old, this iconic feature of the New York City skyline still carries roughly 150,000 vehicles and pedestrians every day.

THE MAN WITH THE PLAN

John Augustus Roebling, the Brooklyn Bridge’s creator, was a great pioneer in the design of steel suspension bridges. Born in Germany in 1806, he studied industrial engineering in Berlin and at the age of 25 immigrated to western Pennsylvania, where he attempted, unsuccessfully, to make his living as a farmer. He later moved to the state capital in Harrisburg, where he found work as a civil engineer. He promoted the use of wire cable and established a successful wire-cable factory.

Meanwhile, he earned a reputation as a designer of suspension bridges, which at the time were widely used but known to fail under strong winds or heavy loads. Roebling is credited with a major breakthrough in suspension-bridge technology: a web truss added to either side of the bridge roadway that greatly stabilized the structure. Using this model, Roebling successfully bridged the Niagara Gorge at Niagara Falls, New York, and the Ohio River in Cincinnati, Ohio.

In 1867, on the basis of these achievements, New York legislators approved Roebling’s plan for a suspension bridge over the East River between Manhattan and Brooklyn. It would be the very first steelsuspension bridge, boasting the longest span in the world: 1,600 feet from tower to tower.

Just before construction began in 1869, Roebling was fatally injured while taking a few final compass readings across the East River. A boat smashed the toes on one of his feet, and three weeks later he died of tetanus. His 32-year-old son, Washington A. Roebling, took over as chief engineer. Roebling had worked with his father on several bridges and had helped design the Brooklyn Bridge.

To achieve a solid foundation for the bridge, workers excavated the riverbed in massive wooden boxes called caissons. These airtight chambers were pinned to the river’s floor by enormous granite blocks; pressurized air was pumped in to keep water and debris out.

Workers known as “sandhogs” used shovels and dynamite to clear away the mud and boulders at the bottom of the river. Each week, the caissons inched closer to the bedrock. When they reached a sufficient depth—44 feet on the Brooklyn side and 78 feet on the Manhattan side—they began laying granite, working their way back up to the surface.

Underwater, the workers in the caisson were uncomfortable—the hot, dense air gave them blinding headaches, itchy skin, bloody noses and slowed heartbeats—but relatively safe. The journey to and from the depths of the East River, however, could be deadly. To get down into the caissons, the sandhogs rode in small iron containers called airlocks. As the airlock descended into the river, it filled with compressed air. This air made it possible to breathe in the caisson and kept the water from seeping in, but it also dissolved a dangerous amount of gas into the workers’ bloodstreams. When the workers resurfaced, the dissolved gases in their blood were quickly released.

This often caused a constellation of painful symptoms known as “caisson disease” or “the bends”: excruciating joint pain, paralysis, convulsions, numbness, speech impediments and, in some cases, death. More than 100 workers suffered from the disease, including Washington Roebling himself, who remained partially paralyzed for the rest of his life. He was forced to watch with a telescope while his wife Emily took charge of the bridge’s construction.

By the early 20th century, scientists had figured out that if the airlocks traveled to the river’s surface more gradually, slowing the workers’ decompression, the bends could be prevented altogether. In 1909, New York’s legislature passed the nation’s first caisson-safety laws to protect sandhogs digging railway tunnels under the Hudson and East rivers.

On May 24, 1883, the Brooklyn Bridge over the East River opened, connecting the great cities of New York and Brooklyn for the first time in history. Thousands of residents of Brooklyn and Manhattan Island turned out to witness the dedication ceremony, which was presided over by President Chester A. Arthur and New York Governor Grover Cleveland. Emily Roebling was given the first ride over the completed bridge, with a rooster, a symbol of victory, in her lap. Within 24 hours, an estimated 250,000 people walked across the Brooklyn Bridge, using a broad promenade above the roadway that John Roebling designed solely for the enjoyment of pedestrians.

With its unprecedented length and two stately towers, the Brooklyn Bridge was dubbed the “eighth wonder of the world.” For several years after its construction, it remained the tallest structure in the Western hemisphere. The connection it provided between the massive population centers of Brooklyn and Manhattan changed the course of New York City forever. In 1898, the city of Brooklyn formally merged with New York City, Staten Island and a few farm towns, forming Greater New York. 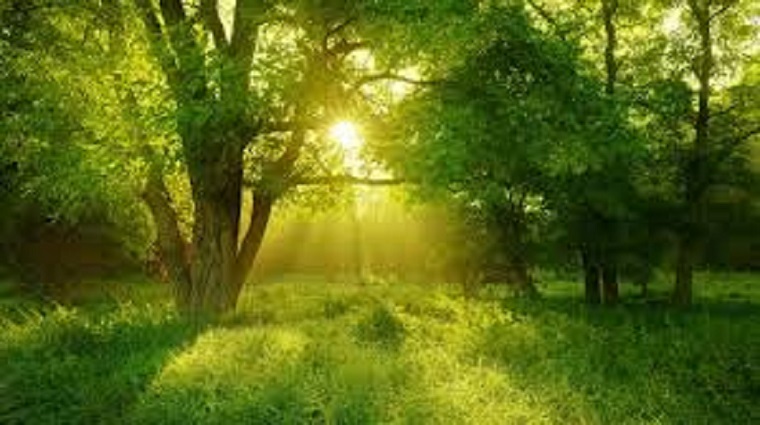 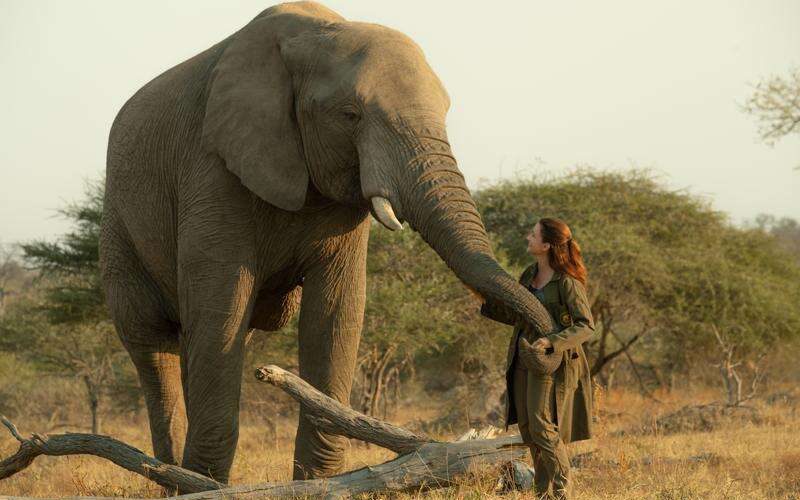 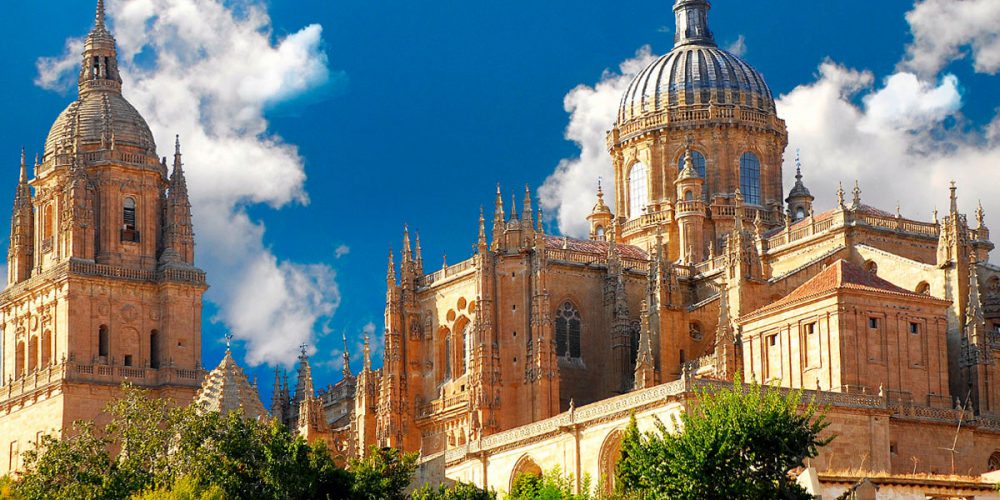