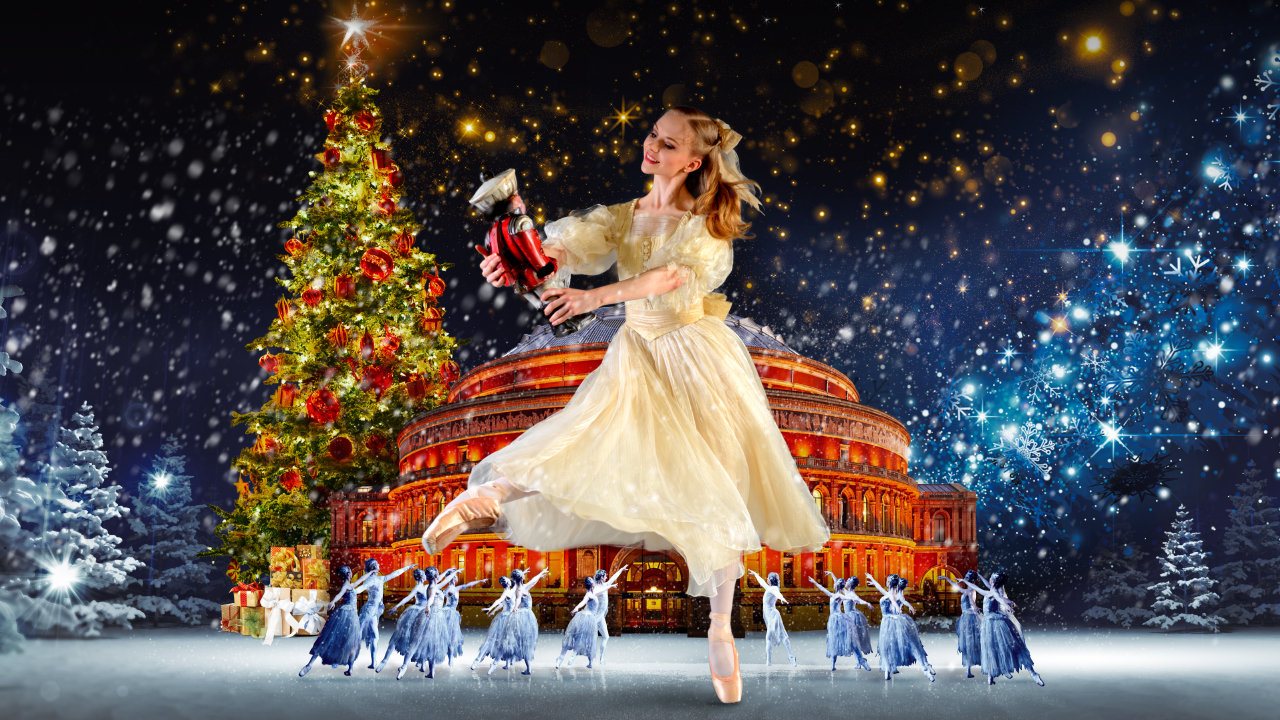 Every winter, Britons flock to productions of The Nutcracker. This year, six ballet companies, including the Royal Ballet, English National Ballet and Birmingham Royal Ballet, are presenting versions of the piece across the UK, where an estimated quarter of a million people will see them. The versions differ, but all offer a dream of Christmas past. A dream of presents and parties and flickering firelight. Of deep winter, dark nights and ancient magical beliefs.A dream that few of us have ever known as a reality, but which remains a strangely familiar place.

The work’s popularity guarantees sold-out houses all over the world. Many ballet companies, particularly in the US, are only able to survive because of their Nutcracker revenues. The piece usually opens in early December and runs in some cases until late January. “Dancers view the prospect of anything up to 40 performances of the piece with a mixture of dread and anticipation”,Luke Jennings writes. He is a critic now, but he used to be a dancer, and he did his share of Nutcracker seasons. It is a marathon, but thereis the satisfaction of those capacity audiences, and the children’s gasps at the sets and the tutus. There’s the knowledge that you’re part of something unique, a theatrical artwork unlike any other.

For a start, there’s Tchaikovsky’s sublime score. It’s one of the most popular and instantly evocative works in the classical musical repertoire. From the first flicker of the conductor’s baton the music rushes forward, charged with the airy thrill of childhood. Then there’s the choreography, by Lev Ivanov, which contains some of the loveliest passages in ballet, and the libretto, or storyline, by Marius Petipa. It’s an amazing tale.

The annual recurrence of the ballet, which had its premiere in St Petersburg in 1892, is a reminder of the passage of time. The Royal Ballet soloist Claire Calvert, who danced the Sugar Plum Fairy in this season’s opening matinee at Covent Garden, has performed in the ballet since 1999, when she was 11. “For me, Nutcracker is Christmas,” Calvert says. She remembers the excitement of her first rehearsals at the Royal Opera House, with her packed lunch in her ballet bag. “I was a party child in Act 1, in a white dress with a ruff at the neck. And every year since then, there’s been a new girl in that same dress.”

The Nutcracker, based on a story by the Prussian writer ETA Hoffmann, is conventionally set in a 19th-century Nuremberg household. It’s Christmas Eve, and the Stahlbaums are entertaining. Outside are the snow whirls, but inside all is warmth and festivity. For the Stahlbaum children and their friends, it’s an occasion of high excitement. There’s a Christmas tree, games to be played, gingerbread and marzipan to eat. There’s even a magician, the mysterious Drosselmeyer. And at the centre of it all, poised between childhood and adulthood, is the Stahlbaum’s daughter Clara (Masha in Russian productions). Falling asleep, Clara awakes at midnight to find everything changed. She is now as tiny as a porcelain doll. Around her, the toys come to life, and do battle with invading mice. An ugly wooden nutcracker that Drosselmeyer has given to Clara turns into a prince, and repels the mice. The adventure begins.

Here, perhaps, is another clue to the work’s popularity. It transports us to an idealised childhood that never existed, but for which we still dimly yearn. Clara’s world is prosperous, hermetic and safe. Even as she voyages to the magical realms conjured by Drosselmeyer, she never really leaves the clock-ticking, cinnamon-scented security of home. Everything that she encounters is a transfiguration of the familiar into the fantastical. In this and other respects – the young heroine’s shrinking, the cast of anthropomorphic beings – The Nutcracker resembles Alice’s Adventures in Wonderland, published in London 27 years before The Nutcracker’s creation.

When the ballet first opened, the Russian critics were lacerating. The Nutcracker, one wrote, “provided nothing other than boredom to the public, and many left the theatre before the end of the performance”. The presence of so many children on the stage led others to dismiss the ballet as infantile. The more perceptive critics pointed at Petipa’s scenario, and its structural and narrative flaws. In Nutcrackers based on this scenario, Act 1 works brilliantly. There’s the party, and there’s Clara, our protagonist. Drosselmeyeris not just a conjuror, he has real magical powers. It’s implicitly suggested that, in Act 2, we will accompany Clara on a journey in which she and the prince will play an active role.

Act 2 reneges on this promise. When it begins, we find ourselves in the Kingdom of Sweets, ruled by the Sugar Plum Fairy. Suddenly this new character has the glamorous ballerina role, and Clara and the prince are relegated to the status of spectators. And although the divertissements that follow are entertaining enough, a spectator is what Clara essentially remains. The grand pas de deux (extended duet), which is the ballet’s musical and choreographic climax, is danced not by Clara and the prince, but by the Sugar Plum Fairy and her consort.

Gary Avis, who has danced the role of Drosselmeyer in the Royal Ballet’sNutcracker for more than a decade, explains that the Sugar Plum couple are showing Clara what love can be. “Two becoming one. The excitement of being with someone you adore. They’re saying: this is what you can have.”

Adults get this, but younger audience members, who have invested in Clara in Act 1, can find the Act 2 divertissements frustrating. They want their heroine to have an adventure in which she plays an active role. They want a story, not a series of formal set pieces. “I can’t count the times I’ve seen children leaning forward enthralled as Act 1 unfolds, only to sink back in their seats as Act 2 gets under way”, says Luke Jennings.

Choreographers and directors have been tinkering with this issue for more than a century. In 1919 a new version of The Nutcracker was created by the Russian choreographer Alexander Gorsky. In this version the magical scenes created by Drosselmeyer are a dream from which Clara awakes at the ballet’s end. Gorsky dispenses with the Sugar Plum Fairy and her partner and gives their dances to Clara and the prince. These changes not only place Clara at the centre of the action but they give her a romantic storyline. The ballet becomes her metaphorical journey from girlhood to womanhood.

Paradoxically it’s these problems, and the ongoing attempts to solve them, that provide another reason for The Nutcracker’s popularity. It’s a living, evolving work, not a museum piece. There are the big traditional productions – Balanchine’s for New York City Ballet, Yuri Grigorovich’s for the Bolshoi, Peter Wright’s for the Royal Ballet and Birmingham Royal Ballet – and there are revisionist Nutcrackers by Mark Morris, Matthew Bourne and others. New versions are born every year.

And whether you’re a dancer waiting in the wings, or an audience member settling into their seat – whether it’s your first Nutcracker or your 50th – something happens when you hear those first pizzicato strings. Call it magic, call it what you will. It gets you every time. 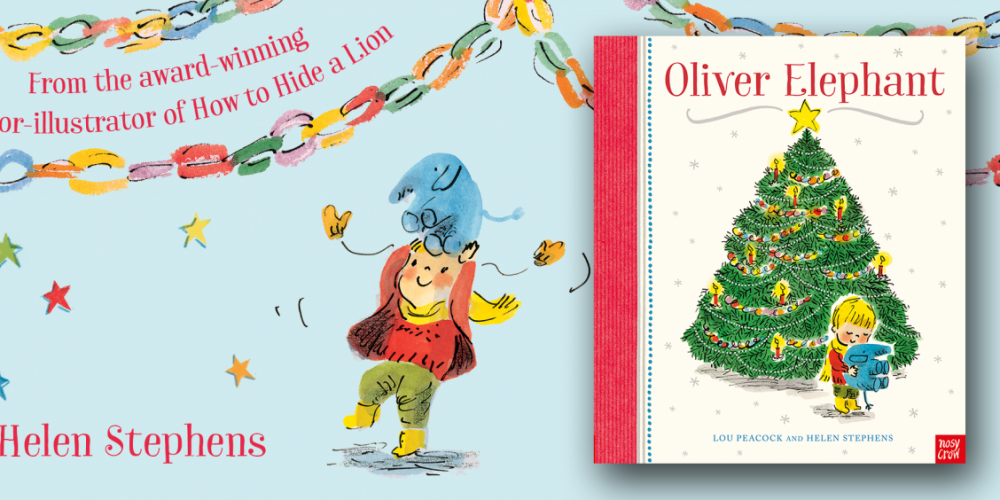