The incoming European Commission has made the climate emergency its No.1 priority 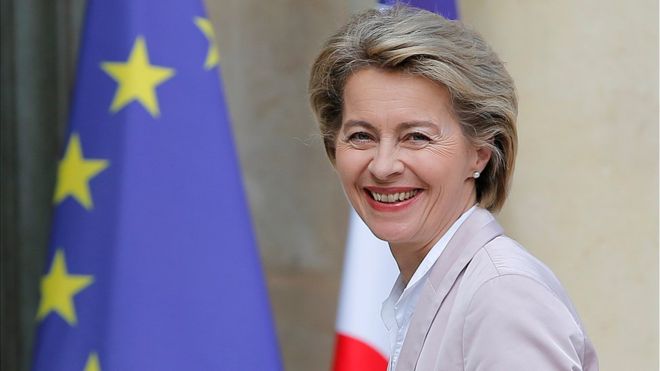 It becomes clear that the pressure is ratcheting up for the European Union to finally act together on climate.

The incoming European Commission has made the climate emergency its No.1 priority.

“There’s a clear expansion in the political resonance of climate change, led by Europe, but more broadly by younger generations across the developed world,’’ Ian Bremmer, president of the Eurasia Group, said Monday in a note to clients. “More political and corporate leaders don’t want to be seen as failing to address the issue.’’

The challenge is to turn the political impetus into effective policy without running into the vested interests that have held back so many European initiatives. And without being deterred by the huge prices-tags.

The European Commission estimates that even if member states deliver on all their plans for the next 10 years, it will take as much as 575 billion euros ($626 billion) every year for two decades to reach zero net emissions by 2050. That goal is the cornerstone of new Commission President Ursula von der Leyen’s program. EU environment ministers meet Friday in Luxembourg to begin to lay the groundwork.

But the road may be littered with obstacles.

EU diplomats insist that Warsaw will most likely fall into line when von der Leyen’s target goes back to the European leaders’ council in December with a package to help Poland’s coal-dependent economy.

In a further sign of the changing political winds, Angela Merkel’s coalition is considering doubling the price of CO2 emissions to answer their critics. With the Greens vying with Merkel’s Christian-Democratic-led bloc for the lead in opinion polls, the next German government could see them join forces.

Austria could prove a testing ground for whether the Greens can make the transition from protest group to a party of government.

The new coalition in Italy, with the center-left Democratic Party, is promising a “Green New Deal’’ to boost renewable energy sources and counter climate change. But its most immediate challenge is to win EU support for its plans to get the public finances in order.

And that may be where the environmentalists’ plans stand or fall.

European politics for the past decade has been riven by debates over spending, the euro nearly split in 2015 over an 86 billion-euro bailout package for Greece.

When it comes to funding climate targets announced by new European Commission President Ursula von der Leyen, the numbers are about to get a whole lot bigger.